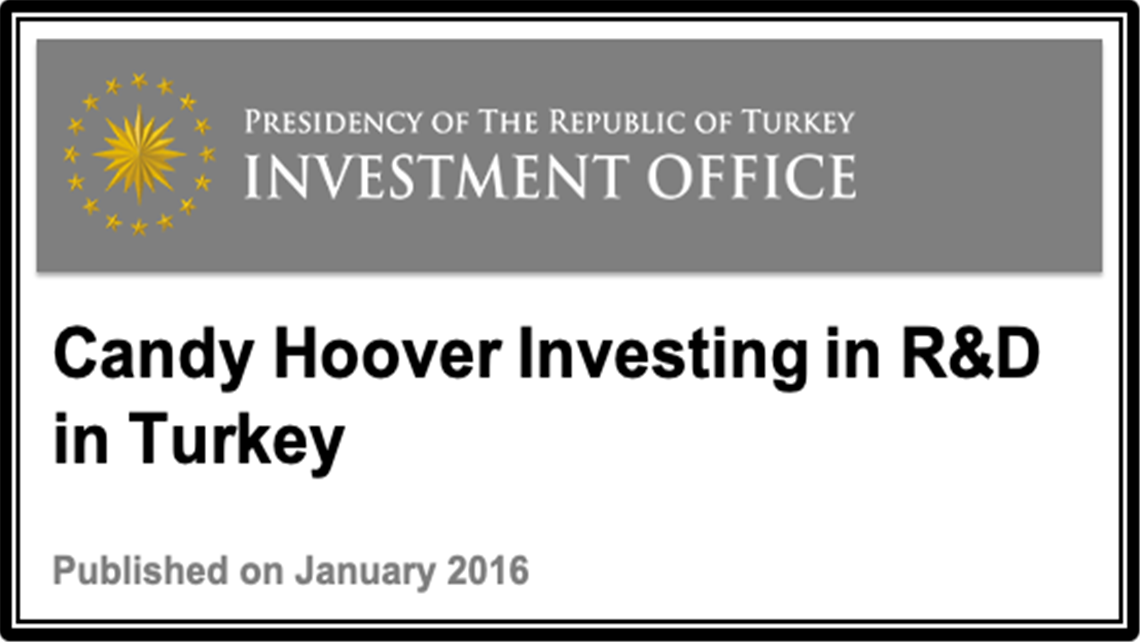 About the R&D investment and relocation of the research and development activities of Candy Hoover. Published on the Presidency of Republic of Turkey Investment Office platform on January 2016

Italian home appliances maker Candy Hoover plans to open an R&D center in Turkey by the end of the first quarter of 2016.

Currently production is carried out in Eskisehir, a city in Central Anatolia where the company will expand its presence in the Turkish market with the R&D center. The R&D investment project is taking full advantage of the country’s incentive scheme, according to Candy Hoover Turkey CFO Mustafa Kilic.

“This innovative investment project, approved by the Scientific and Technological Research Council of Turkey, is entitled to Region-5 level priority investment incentives,” Kilic said. He added that the center will create 55 engineering jobs when it becomes operational in the coming months.

“Turkish [output] accounts for more than 10 percent of Candy Hoover’s global production and exports 85 percent of its production. Our R&D center in Turkey will be the group’s largest outside Europe,” the Kilic said.

Read the news at the link attached